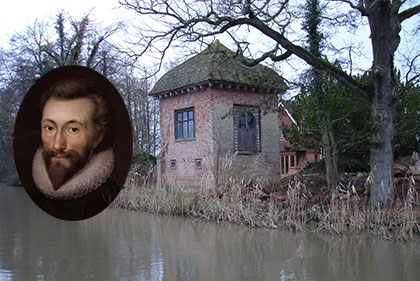 The house Donne and family occupied at Pyrford, by SuzanneKn at English Wikipedia [Public domain], with inset of Donne, from a painting by Isaac Oliver [Public domain], via Wikimedia Commons

Thrown into prison in retaliation for his elopement with Anne More, John Donne wrote one of the most famous epigrams of all time. At a considerably later date, he became Dean of St. Paul’s Cathedral, London.