END_OF_DOCUMENT_TOKEN_TO_BE_REPLACED

Origen was the son of a martyr and himself suffered imprisonment and torture late in life. A teacher and theologian, he wrote on persecution as one who had witnessed it and who was prepared to experience it. Although he suffered for his faith, contemporary church leaders condemned some of his teachings because they veered into heretical territory. END_OF_DOCUMENT_TOKEN_TO_BE_REPLACED

Basil Malof (born William Fetler—he changed his name because Fetler had been forced on his grandfather by German occupiers) was a successful Protestant evangelist in Petrograd (St. Petersburg), and publisher of the first religious journal in Latvia, Kristigais Vestnesis (Christian Herald). Converted at fifteen, he was baptized at night because the Orthodox Church persecuted evangelicals. END_OF_DOCUMENT_TOKEN_TO_BE_REPLACED

When Elisha Paine preached as a Baptist, Massachusetts authorities threw him into a dirty prison at Worcester for unlicensed preaching (February 1743). He refused to post bond, believing to do so was to comply with an unbiblical and corrupt system. After his release in May, he continued to preach in that area for two weeks, then preached throughout New England from July into December. By the end of the year had given over 240 sermons. END_OF_DOCUMENT_TOKEN_TO_BE_REPLACED

Formerly an alcoholic, thief, gambler, and member of the notorious gang known as Vegetarians, he had become blind after expelling his wife from their home and forcing his daughter into prostitution. He made his way to a mission station where he was given a place to stay. There he heard the gospel and was transformed by the power of Christ. END_OF_DOCUMENT_TOKEN_TO_BE_REPLACED 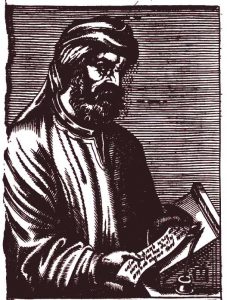 [Adapted from text by Roy Stults from his unpublished Historical Perspectives on a Theology of Suffering, Persecution, and Martyrdom] Tertullian was a prolific Christian writer of the early third century—an apologist (defender of the faith) and theologian. (Among his contributions to theology was the term “Trinity” to explain the Bible’s teaching on Father, Son, and Holy Spirit.) Persecution and martyrdom were often discussed in his apologetic writings. He shared some themes of earlier apologists but expanded the literature by introducing new themes that he wove into a unique argument to meet the situation of his day. END_OF_DOCUMENT_TOKEN_TO_BE_REPLACED 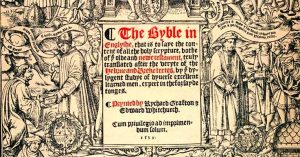 Ditchfield, in Books Fatal to their Authors, mentions several Bible translators who paid dearly for their efforts. One translator who escaped punishment by the skin of his teeth was Arias Montanus, who produced a Polyglot Bible at the command of King Philip II of Spain, but was denounced for it to the pope because he had strayed from the Latin Vulgate. Montanus pleaded his case in Rome where the pope eventually pardoned him. His work, however, was placed on the Index Expurgatorius to which he had, in his day, added others’ works. END_OF_DOCUMENT_TOKEN_TO_BE_REPLACED 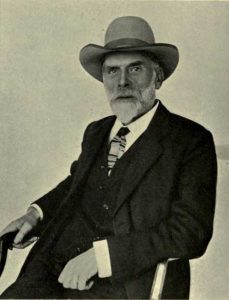 The desire of the King of Fez to regain Ceuta after the Portuguese invade Tangier is a central theme of the play. The Christian captives appear in the story as a chorus, introducing an Islamic princess to Christianity. They serve as a bargaining chip in negotiations between the Christians and the Muslims in an otherwise improbable tale. END_OF_DOCUMENT_TOKEN_TO_BE_REPLACED 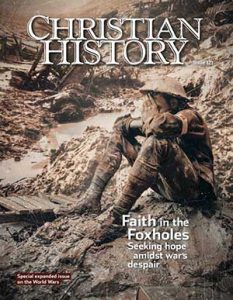 Learn at the feet of those who learned in prison

Faith-filled prisoners have produced or inspired some of the most spiritually perceptive writings in existence. We’ve compiled dozens of powerful prison stories and writings. May they be a source of encouragement and edification to you.